Are Moms As Excited About This Seasons ‘Dancing With The Stars?’

Are Moms As Excited About This Seasons ‘Dancing With The Stars?’ 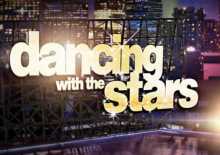 From the moment the cast announcement was made, viewers and the media began putting down this season’s ‘Dancing With The Stars.” They stated that the stars were lacking in drama. They also stated that the stars didn’t have real star quality. This may mean that the ratings won’t be as strong this season. Of course, it is also up against NBC’s popular show “The Voice.” But some moms and other fans may have been watching. If there were, they may have enjoyed some of the highlights such as seeing that Jack Wagner can dance, as well as act, sing and play golf. They may have also enjoyed watching Carrie Anne swooning over him.

If they are a Green Bay Packer’s fan, they may have enjoyed Donald Driver’s big standing ovation from the crowd. But what they may not have enjoyed is his low scores and the remarks Judge Bruno made about his dancing, such as comparing his dancing to a rooster chasing a hen.

If the moms are fans of William Levy, they may have felt the heat as did the crowd, when he performed his Cha-Cha-Cha. The fans screamed in delight as he sent a number of fans, including Judge Carrie Ann’s heart aflutter and Bruno. Bruno stated that he was the hottest package of the season.

The moms also may have enjoyed listening to Melissa Gilbert saying that she wanted to be paired with Makism. She stated that she had two ex-husbands and sons. She also seem to think that she could handle him and didn’t seem at all intimated by him. This may have impressed many who still thought of her as that little girl on the prairie.

As for the leaders of the night, that honor went to Classical musician Katerine Jenkins and Jaleel White. How long they will remain leaders will be anyone guess.


Peyton Manning is now a Bronco


Americans: Are they getting ruder?